There are two great matchups for the Wild Card round in the AFC: Houston Texans vs. Kansas City Chiefs and the Cincinnati Bengals vs. Pittsburgh Steelers. If you plan on entering various daily fantasy sports contests that are “Saturday Only,” you really have to dig deep into each player and each team. If you don’t have time to do all the work, take a look at what I was able to find. 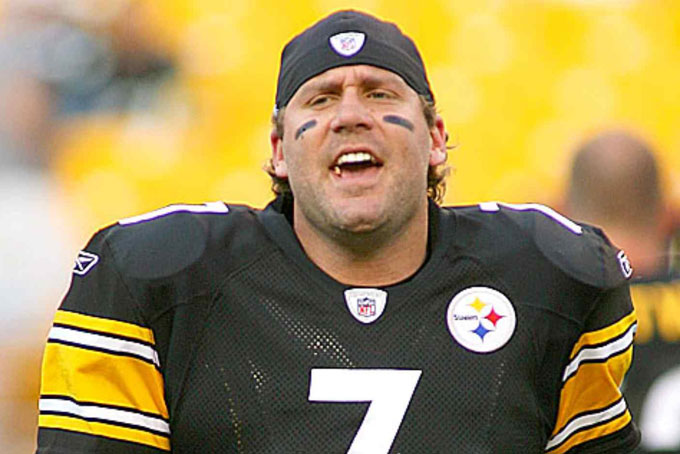 If you write all 4 starting quarterbacks down on paper, Big Ben looks like the runaway favorite. If you’re getting in a GPP tournament for just the Saturday games, he will probably have a user rate of 60% or higher. No doubt he would be the first choice to reach 300 yards passing, but when you look at his statistics against the Bengals, it’s simply not the case. The two games he played against Cincinnati this year, he averaged 272 yards passing with 1 TD and 4 INTs. This netted an average 11.2 fantasy points per contest.

The weather for game time is supposed to be in the low 50s, but there should be tons of rain throughout the game. This could have a major effect on how often Roethlisberger airs it out, but I’m still projecting around 30-40 pass attempts. Potentially reaching 50+ if running back Deangelo Williams doesn’t play. Even though early projections believe Fitzgerald Toussaint will pick up where Williams left off, Big Ben is known for bypassing lesser running backs for more throws downfield. Keep in mind; this also increases the risk for more interceptions. 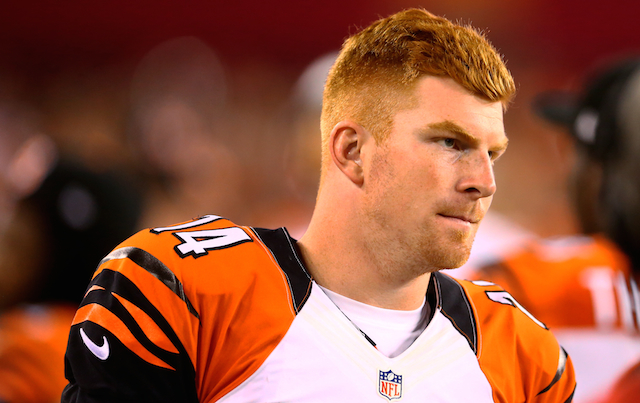 GPP tournaments are all about finding the “diamond in the rough,” so Andy Dalton could be a sneaky play if he ends up of starting. However, his only full game against the Steelers yielded 11.6 fantasy points thanks to 1 touchdown and 2 interceptions. Dalton’s biggest problem against Pittsburgh is his lack of mobility. The Steelers make it difficult for him to get outside out the pocket, so when the offensive line collapses, so do the Bengals.

In my opinion, it doesn’t matter which one of these quarterbacks are playing. The Bengals haven’t won a playoff game since the Tennessee Titans were the Houston Oilers. Their best shot since 1990 was in 2005 when they last played Pittsburgh in the playoffs. If you forgot about that game, Carson Palmer broke his leg and the Steelers went on to not only beat the Bengals, but win the Super Bowl.

The Kansas City Chiefs come into the playoffs winners of their last ten games. The Houston Texans come in leading the league in points per game (12.7) against opposing offenses over the last seven games. I hate to dismiss any player in a GPP tournament, but Alex Smith hasn’t shown us anything the entire season. The Chiefs have had the easiest schedule over the last 7 games (San Diego twice, Oakland twice, Baltimore, Cleveland, Buffalo), and during that span, Smith hasn’t thrown for more than 255 yards. Over the last 5 games he hasn’t topped 191 yards.

Kansas City is relying heavily on the run. The problem here is that Houston defense ranks 6th against running backs and 10th in the league in rushing yards (99.8 per game). This could mean that Alex Smith could break out of his shell and be asked to throw close to 40+ times. It’s hard to tell which way this game will sway, but I think Smith is going to be asked to do more than his abilities allow.

If this game was played in Kansas City, I would think Hoyer’s fantasy projection would be minimal.  There is a small increase since he’s playing at home, but not by much. Houston took on Kansas City at the beginning of the year and Hoyer only passed for 236 yards with 1 touchdown and 1 interception. In addition, the Texans running game wasn’t present, nor will it be with Alfred Blue.  Without establishing the running game, Hoyer will be forced to make plays, which could turn disastrous against a Chiefs defense that ranks, 9th against QBs.

The goal here is to find the quarterback with the most upside, and the most potential points. Based on the scenario above, I will be playing one team with Ben Roethlisberger, because you could get the additional 3 points if he reaches 300 yards, and 10 extra points in a GPP could make a huge difference in your payout. Plus, if the Steelers can’t establish the running game, Big Ben will throw 50+ times.

I will also be taking another GPP entry with Alex Smith as the QB. He’s inexpensive on Draft Kings, and if Houston’s defensive game plan is to stuff the run, he will also be throwing 40-50 times. It’s a crap shoot, but probably only 6-10% of the entries will have Smith as the QB. Then again, if you get in a GPP that offers all 4 weekend games, I recommend utilizing a QB from the NFC.