We are always playing around with different lineups to continue and increase our odds. One option is to utilize a single stack or double stack strategy. If you’re not familiar with this concept, you need to draft a point guard and another player on the same team. Today, one of the best stacking options in the league would be Russell Westbrook and Kevin Durant. Even though you are spending a lot of your salary cap upfront, you are guaranteed that Westbrook will be passing to Durant several times throughout the game. Not only will you receive points if Durant scores, you also get the assist points for Westbrook. However, there is a little consideration on your part before making this decision. 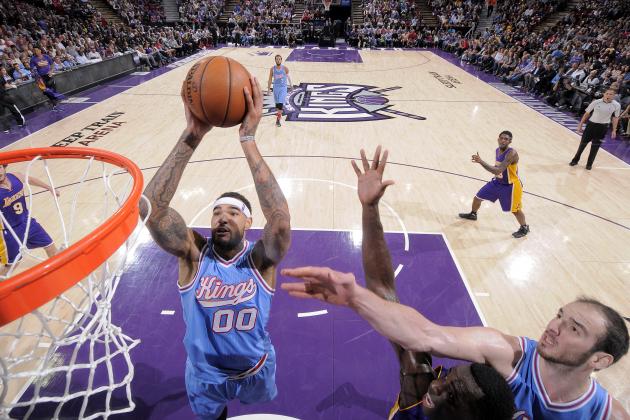 Even though a point guard’s biggest asset is their assist capabilities, not all point guards offer enough benefits in this statistical area. It’s important to look over the various matchups before you start drafting. For example purposes, let’s take a matchup like Philadelphia vs. Milwaukee. The 76ers defense hasn’t been the best in 2015, so taking the point guard and center from Milwaukee would be an ideal choice. This approach not only allows you to spend less money on those two positions, it also allows increases your ability to get double points on some of the team’s scoring opportunities.

However, you still have to consider how many assists the point guard dishes on average. In this scenario, Milwaukee’s point guard; Michael Carter-Williams is a decent at providing assists. Since he’s playing Philadelphia, there is a good chance his total assists for the game will increase.

The Difficulties behind Double Stacking

If you are trying to find two duos for your team, there will be a few obstacles to consider. The first deals with your salary cap. If you pick Westbrook and Durant, then pick another duo like Derrick Rose and Pau Gasol; you won’t be left with much of a salary cap.  If there are not enough value picks in the other positions, it’s best to leave double stacking alone. We recommend only doing this on nights when just about every team in the league is playing.

Of course, there will be “sleeper stacks,” typically when a point guard is hurt and a backup will earn a lot of minutes that evening. A great example of this would be Ty Lawson for the Houston Rockets. His cost has been hovering around $6,100 and he’s been scoring 30 fantasy points a night, thanks to several assists. Stacking Lawson with someone like Trevor Ariza could mean a high ceiling at a low cost.

The second obstacle is understanding how much of a guarantee it will be for each stack to score. If you pick Dwayne Wade and Hassan Whiteside, but they are playing a team like the San Antonio Spurs, your night could be over before it gets started. Sure they will score some points, but it’s going to be difficult for each player to score around 35 to 40 fantasy points.

After you’ve mastered the art of “stacking,” start reading our next article about understanding payout thresholds and choosing your team based on this information.